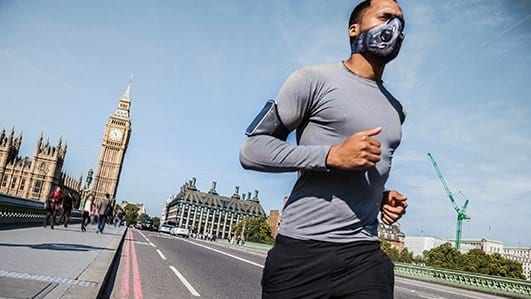 So since the gym has been open I have very excited to go back, I have missed going and getting my workout on.

I have been going for about a week when one day I walk in one of the ladies that work in the gym said to me.

Starting next everyone has to wear a mask when working out in the gym I said to her are you serious.

We all know that wearing a face Mask limits your oxygen severely not to mention while working out.

I have tried to workout with a face mask the first day I went back to the gym after release,

sorry to say I could not breathe I felt like I was going to pass out I took it off immediately.

So when I heard we had to wear it while working out in the gym and I said please cancel my membership i will go back to working out at home.

I was very upset there are lots of people who make rules who do not exercise in a gym, some may go for a short run.

Some people walk for exercise that  keep them active, working out consists of doing some kind of weight-bearing exercises along with getting your heart rate up for cardio exercise.

When playing sports, breathing is faster and harder than at rest, a mask makes it harder to inhale the quantity of air needed to perform at the highest levels.

Exercise invariably leads to faster and harder breaths, so wearing a mask during exercise places a further strain on airflow.

At low to moderate-intensity exercise, the effort will feel slightly harder than normal with a mask, but you can still walk comfortably.

There may also be less oxygen in the recycled air, which could imitate exercising at higher altitudes. So it is important we gain a better understanding of the limitations of heavy exercise with a face mask.

The need for this understanding is growing, given the story reported on an Australian News Channel of two teenage boys in China dying within a week of each other during compulsory physical education examinations while wearing face masks. Autopsies have not been performed, so it’s impossible to know whether the masks played a role in the boys’ deaths. But it raises the question, is it safe to exercise with a face mask on during COVID-19?

To gain a rough understanding of the problem, I experimented on myself. I ran on a treadmill at 10kph for three minutes to reflect the intensity and duration of fencing. I did this with a full fencing kit, with and without a cloth face mask under my fencing mask. I used a portable gas analyzer and adapted it to measure the concentration of gases being breathed in and out.

But wearing a face mask under the fencing mask reduced my oxygen level to around 17% – the equivalent of exercising at 1,500m. Any further decreases in oxygen concentration – by exercising longer or harder – would have a large effect on the physiological responses to exercise, causing altitude-sickness symptoms such as dizziness or headache.

There are negligible levels of carbon dioxide in atmospheric air, and when exercising with only the fencing mask this remains below 1%. With the face mask on, it trebled to 3%. Bear in mind that the UK Health and Safety Executive – the government agency responsible for regulation and enforcement of workplace safety – advises that employees should not be exposed to 1.5% carbon dioxide for more than 15 minutes.

Fencing has been part of the Olympics since 1896 and is unique in that we already have a mask on when exercising. So, before any recommendations are made for wearing a face mask for fencing, it is important that further research is undertaken on more than one person to explore the high carbon dioxide levels and low oxygen levels. There could be similar issues of wearing a face mask with other high-intensity sports.

With gyms looking to reopen and sports clubs wanting to resume, before anyone recommends wearing a face mask, research urgently needs to be undertaken to ensure the safety of the sporting community, regardless of any underlying conditions.

Stay updated with our latest news. We promise not to spam!